I just finished the next track for my album.  Finished probably isn't the right word-- there's lots of mixing left to do, but I did complete the skeleton of the song and a good portion of the flesh.

I've found myself frustrated while mixing both of the songs I've done for the album.  As I tweak each voice in the track, sometimes I find myself going down a rabbit hole for which I never find my way back. Sometimes, I get to a point where I feel like the whole thing is ruined and I just want to walk away for good.

What I continue to tell myself is simply to keep going. I can't let frustration interfere with creation.  I know ultimately that I can go back and fix everything-- tedious as it may be.  But, I can't do anything if I stop making stuff.

Two songs, still unfinished.  It sounds like a drop in the bucket.

Nevertheless, that's 1/5 of the way to my goal of ten songs, and a long way from where I started.

I'm finding now that its a lot harder to go at it alone, rather than with a band. When you do it yourself, you don't have anyone to lean on for direction or support.  I thought that doing it myself would afford me tremendous artistic freedom, which it has, but I never considered the detriments of solitude.

Here's some art I'm considering using for the album. I'm also flirting with the idea of performing under a band name pseudonym, The Brave Companions. 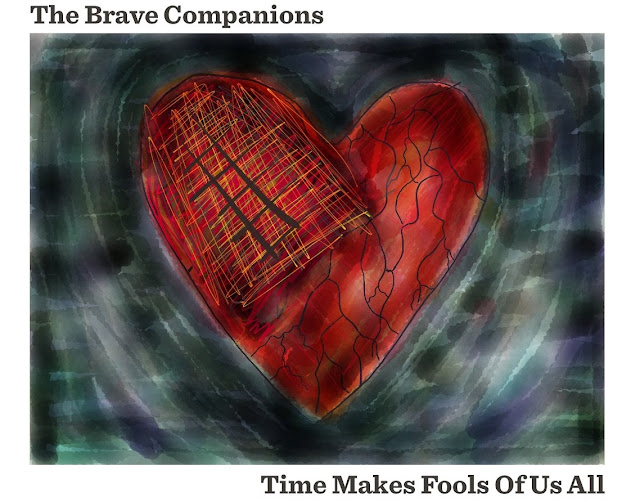 Posted by Chris Collier at 1:12 PM